With a highly anticipated season ahead, iconic amusement park, Luna Park in Coney Island is thrilled to announce the official names of its brand-new attractions officially opening this Summer.

Making its global debut, the new roller coaster, custom made for Coney Island, will be named “Tony’s Express,” and the bespoke log flume ride will be known as “Leti’s Treasure,” the Zamperla family – owners of Central Amusement International Inc. (“CAI”) and Luna Park in Coney Island – and their legacy of five generations in the amusement industry.

Tony’s Express and Leti’s Treasure are set to be intertwined rides created to provide guests with a unique experience that showcases innovation and the rich heritage of Coney Island.  The vehicles and the boats design pay homage to Coney Island’s historic attractions Switchback Railway and The Chutes while the illuminated station house, archways, and tracks reestablishes Luna Park as “The Electric Eden.” The integrated rides represent a unique marriage of experiences and pay tribute to CAI’s President and CEO, Alessandro Zamperla’s grandparents, the late Antonio and Letizia Zamperla.

With roots in circus, carnival rides, and ride manufacturing, Antonio Zamperla became the first Italian to be inducted into the IAAPA Hall of Fame in 2005, due to his significant contributions to the amusement industry.  Antonio’s wife Letizia was the matriarch of the family, who used to drive tractor-trailers loaded with rides delivering happiness across Europe.  During her childhood, Letizia was often found playing by the Piave River in Italy, the inspiration behind the name of the Super Flume attraction coming to Luna Park in Coney Island.

Tony’s Express is a family friendly coaster that will bend and curve around Leti’s Treasure at more than 40 mph with more than 1200 exhilarating feet of track, comprised of two enchanting trains equipped with ADA access.  Leti’s Treasure is a massive log flume that will operate with 12 flume boats seating up to six guests at a time, lifting riders up to 40 feet in the air and providing a semi-circle panoramic view of Coney Island’s shoreline, before plunging down to a speed of over 35mph for a big splash.

In addition to the roller coaster and log flume ride, Luna Park will also unveil the 50-foot custom designed Sky Chaser Ropes Course and pedestrian plazas as part of its 2022 expansion, where the park is developing 5 acres along the Coney Island Boardwalk and Surf Avenue.  The historic expansion will increase Luna Park in Coney Island’s size by 50% and will activate areas in Coney Island that had been vacant for over 40 years.  The expansion will be the newest asset to the Coney Island Amusement District and is set to create an additional 100 jobs and increase visitorship in South Brooklyn. Stay tuned for announcements regarding the opening date! 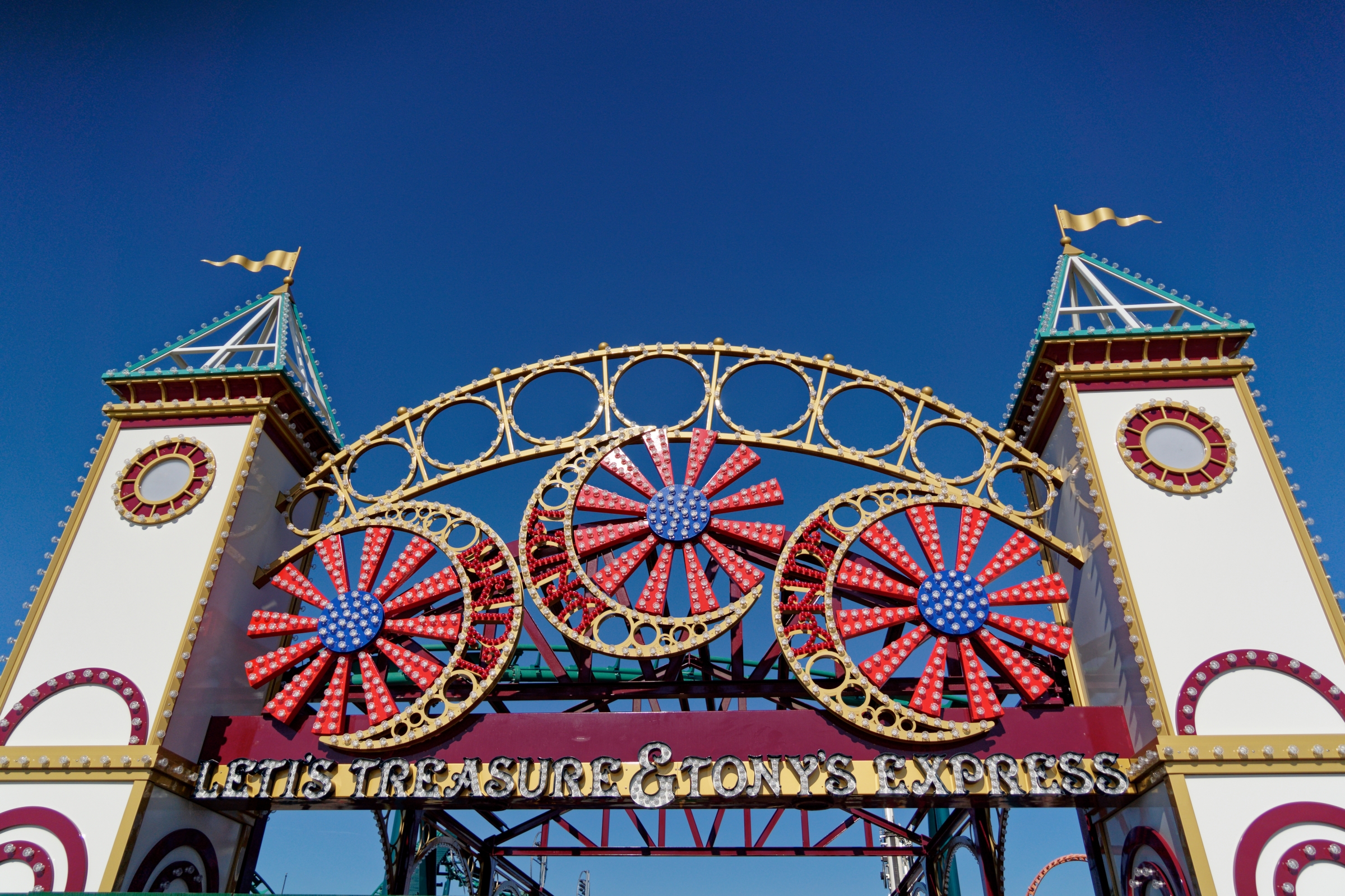 The Station House of Leti’s Treasure and Tony’s Express 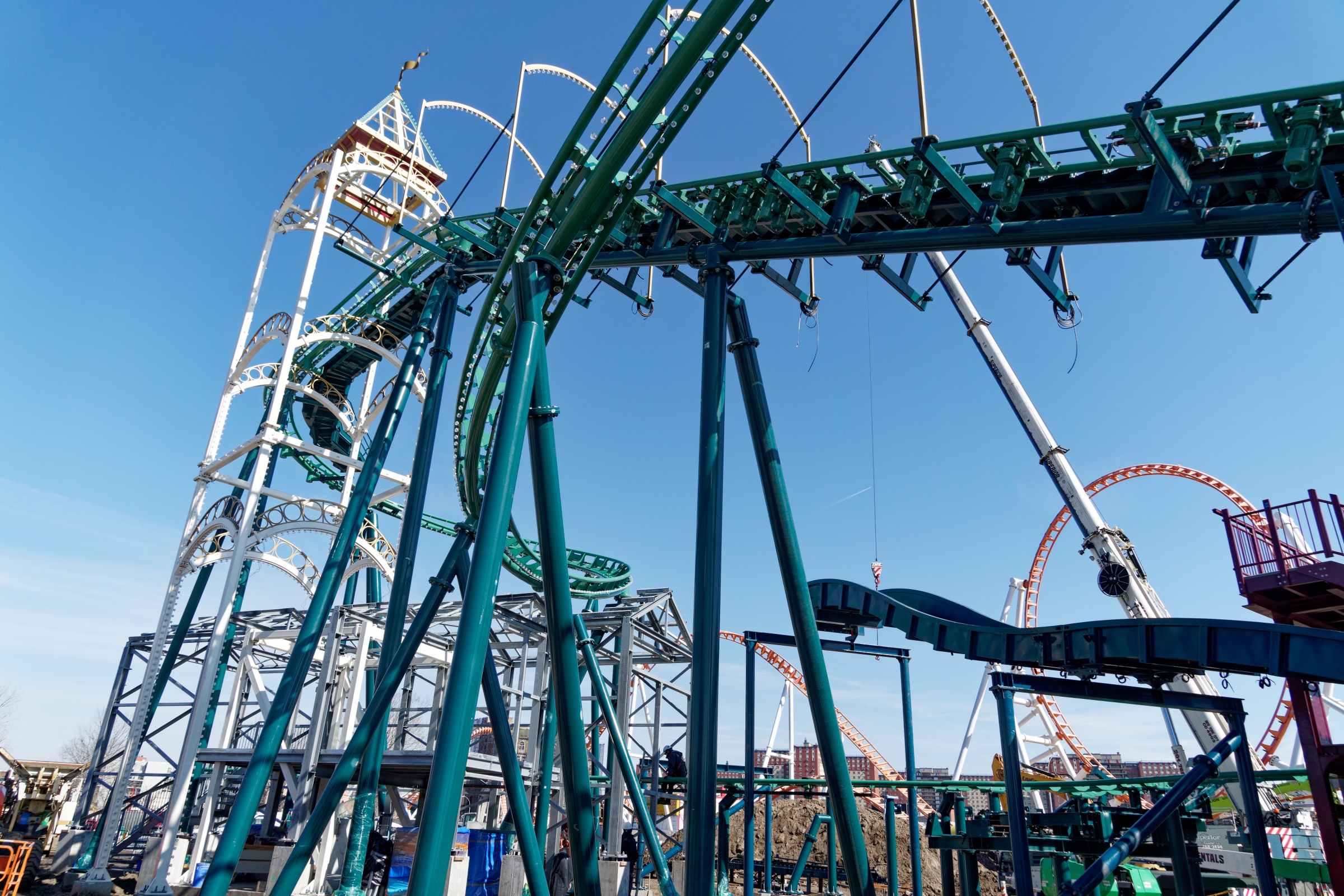 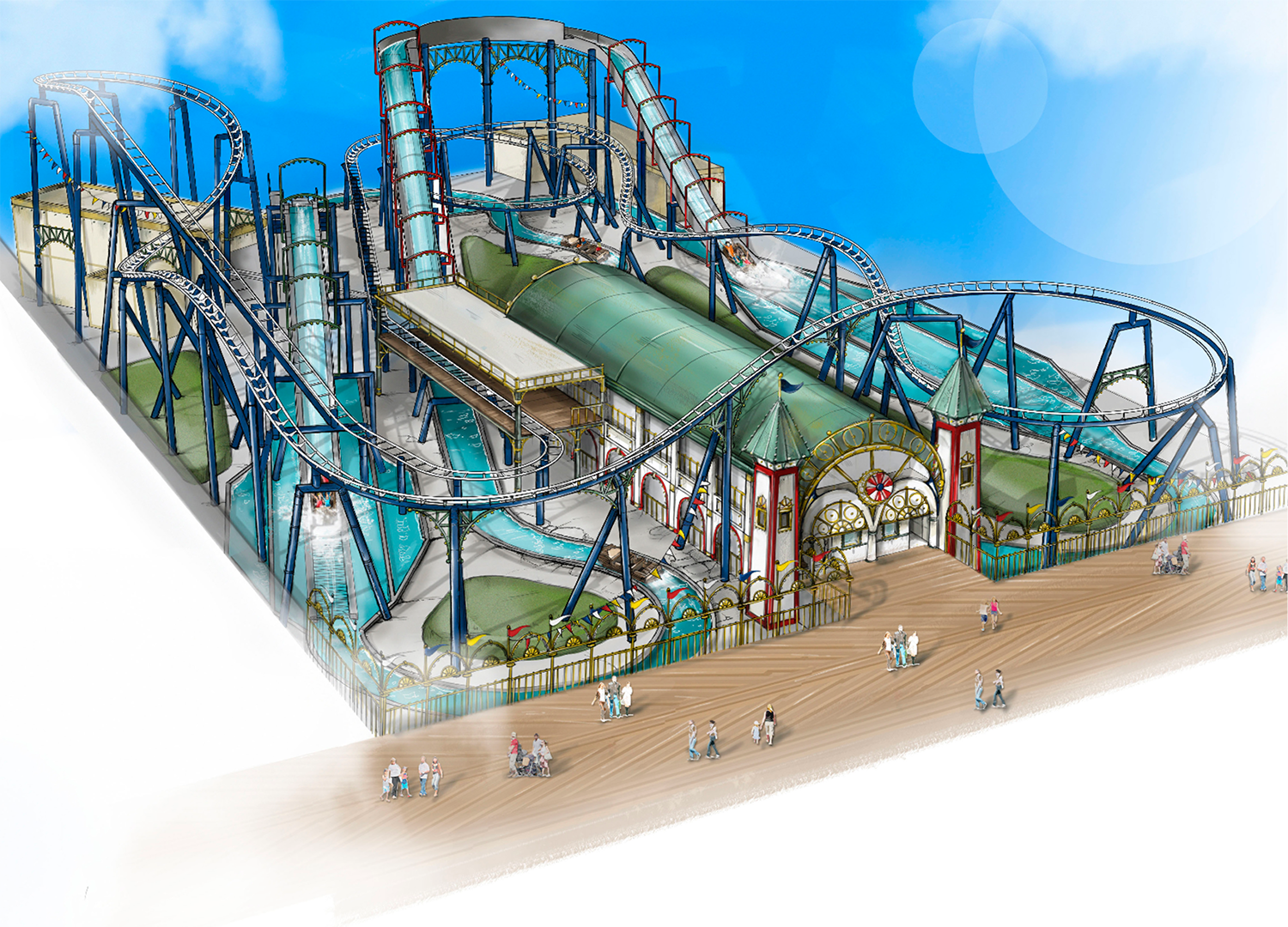 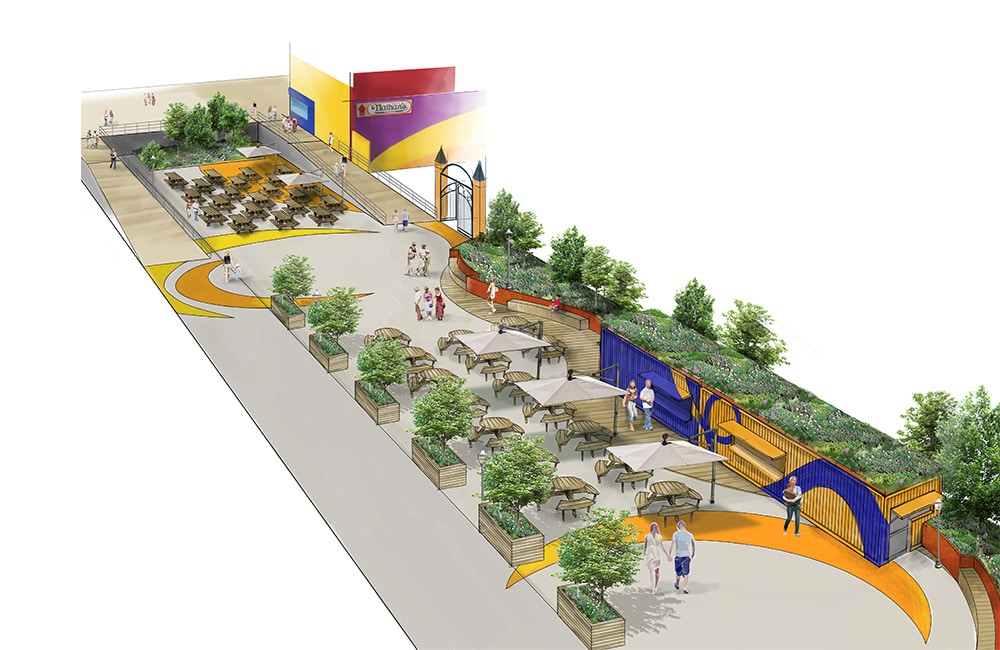 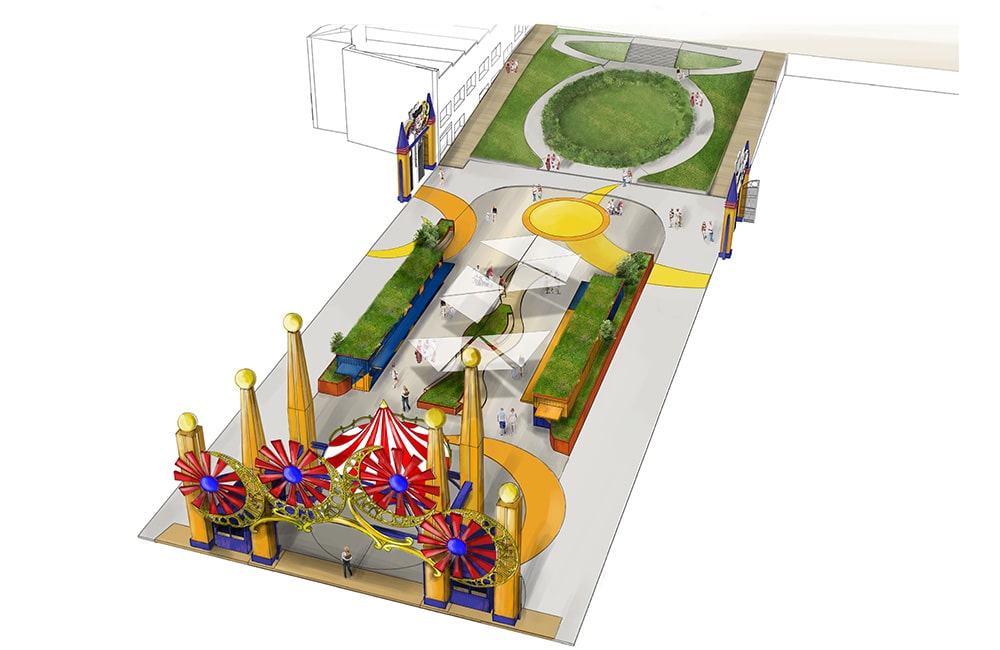 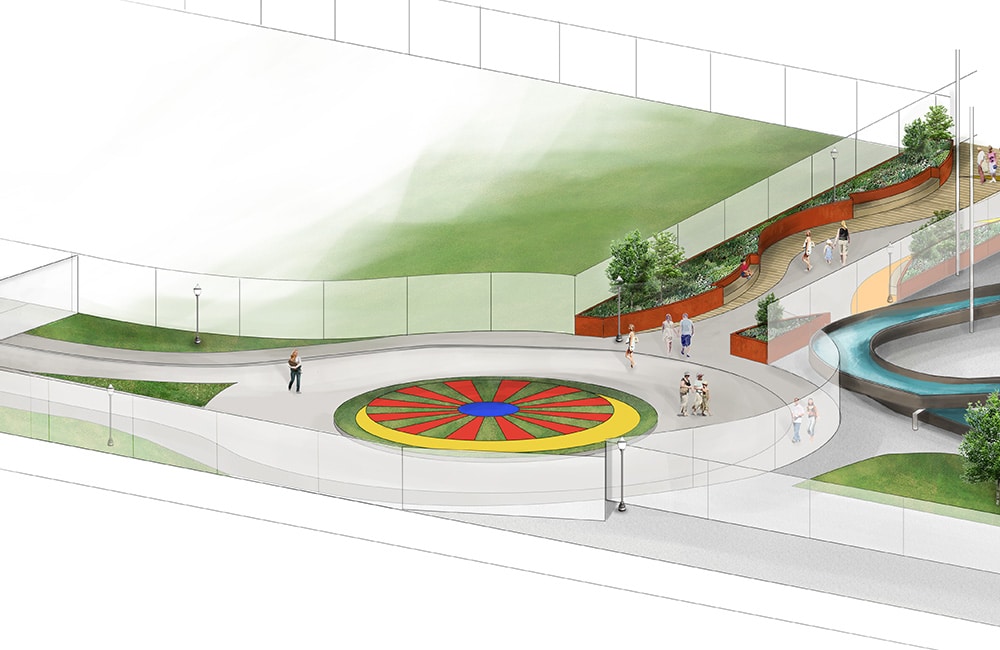 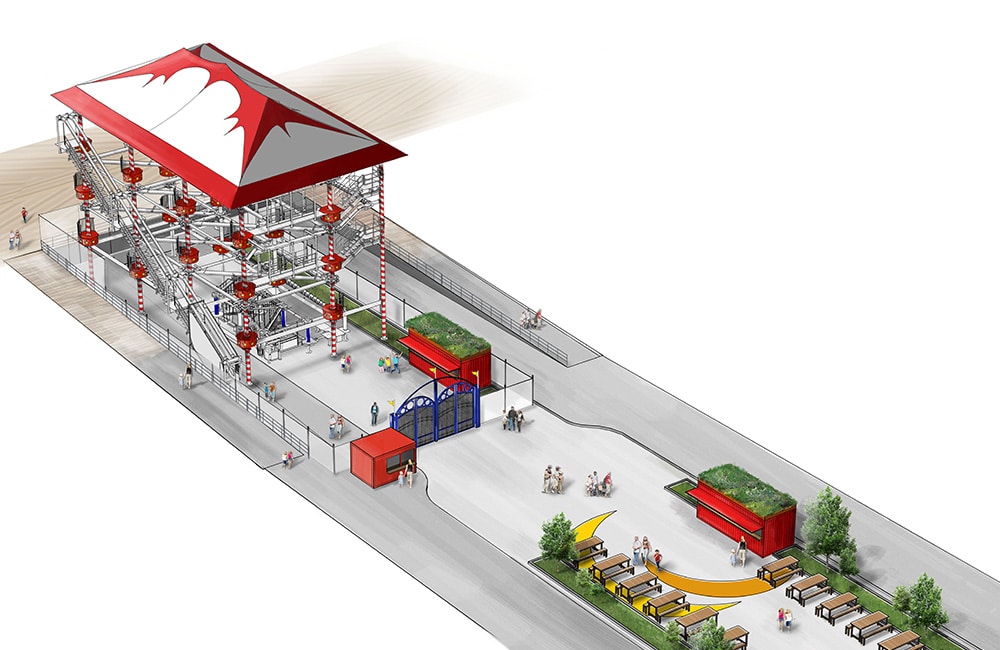 For more information on the upcoming season at Luna Park, please visit: https://lunaparknyc.com/

About Luna Park in Coney Island: