Boston has Cheers, and Coney Island has Ruby’s!

The boardwalk space that Ruby’s occupies has been a Coney Island tradition since 1934, when it started out as the Hebrew National Deli and Bar.

Ruby’s has been family owned and operated since it opened in 1972, making it the oldest bar and grill on the boardwalk.

It is also the only full-service bar and grill on the boardwalk with indoor seating.

That same vibe continues inside with its impressive collection of old-time photos and memorabilia; its award-winning jukebox; and original boardwalk wood from the 1920s scattered throughout.

It’s no wonder that Ruby’s has appeared in films and on television; was voted one of the sexiest beach bars in the world by the Travel Channel; and was named best bar in Brooklyn in 1999, 2002, 2005 and 2021!

No trip to Coney Island is complete without a stop at the legendary Ruby’s Bar & Grill! 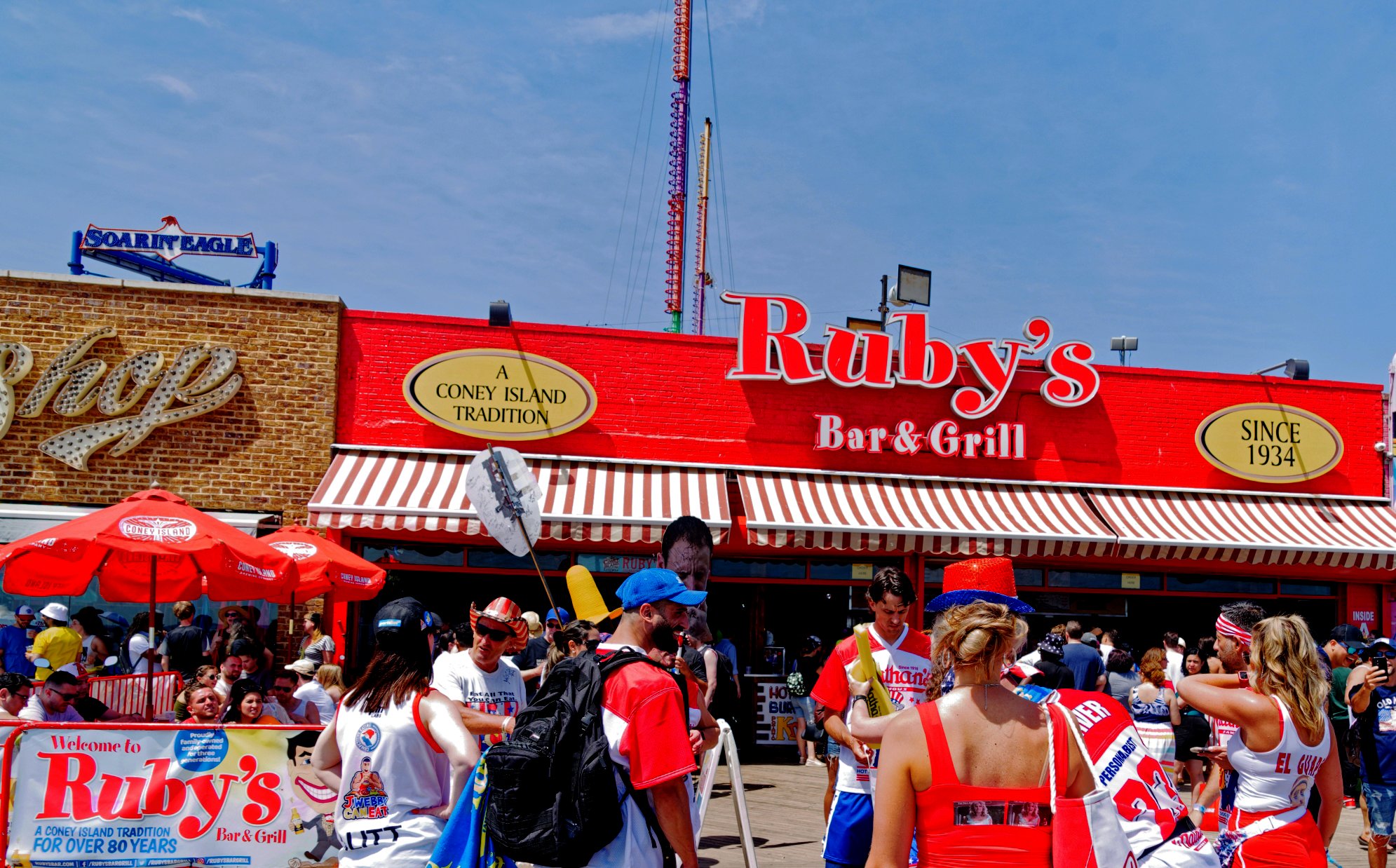