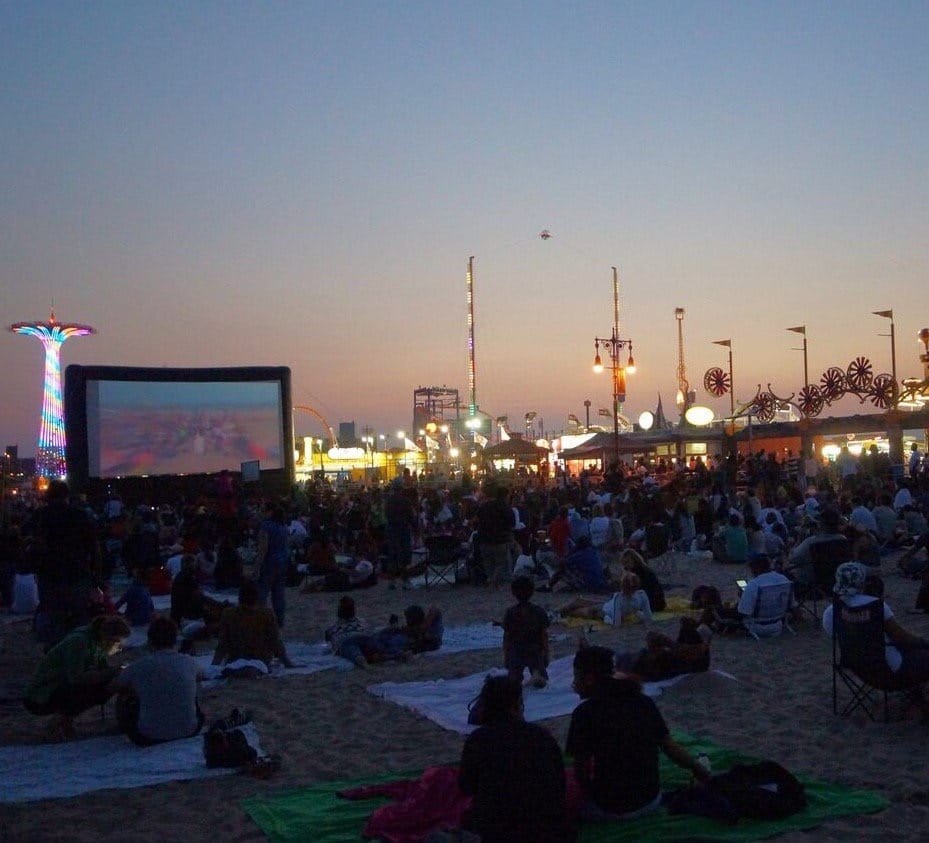 Flicks on the Beach

On Mondays during July and August, a giant 40-foot inflatable screen turns the beach at West 12th Street into an outdoor movie theater!

Come on down and see great flicks, representing a mix of modern, classic, and indie movies. Festivities begin at 7:30 pm and films start at dusk.

Flicks on The Beach Presented by Amazon Studios with Alliance for Coney Island.